CRANBURY, N.J., July 11, 2017 (GLOBE NEWSWIRE) -- Amicus Therapeutics (NASDAQ:FOLD) plans to submit a new drug application (NDA) to the U.S. FDA for the oral precision medicine migalastat for Fabry disease in the fourth quarter of 2017. Based on a series of discussions with and written communication received from the FDA, the Agency has informed Amicus that it may now submit an NDA for migalastat.

Amicus is preparing the NDA submission under Subpart H, which provides for accelerated approval. Amicus intends to base its NDA on existing data, including reduction in disease-causing substrate (GL-3), as well as the totality of data from completed clinical studies. Progressive accumulation of GL-3 is believed to lead to the morbidity and mortality of Fabry disease, including pain, kidney failure, heart disease and stroke. An additional Phase 3 study previously requested by the Agency to assess Gastrointestinal (GI) symptoms is no longer required prior to an NDA submission. 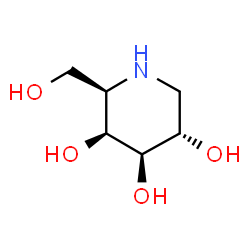 "This guidance from the FDA marks a tremendous step forward for thousands of people living with Fabry disease in the United States," stated John F. Crowley, Chairman and Chief Executive Officer of Amicus Therapeutics. "We are moving ahead expeditiously with our NDA submission and accelerating the U.S. pathway for migalastat. Today is a seminal moment in the development of migalastat and a testament to the dedication and perseverance of the patients, physicians and employees who have worked so hard on the development of this precision medicine."

Jay Barth, M.D., Chief Medical Officer of Amicus Therapeutics, stated, "The data from our clinical trials, including the two largest pivotal studies ever completed in Fabry disease, have already supported approvals for migalastat in the EU, Israel and Switzerland, as well as our pending regulatory submissions in Japan, Canada and Australia. The FDA's willingness to review migalastat data reflects what we believe is the gold standard in science-based, data-driven, patient-centric therapeutic development. We believe that we have a robust data package for this NDA submission, and we look forward to advancing toward a planned pathway for U.S. approval for migalastat."

An estimated 3,000 people in the U.S. are currently diagnosed with Fabry disease. The U.S. represents the single largest geography for Amicus to positively impact the lives of people with Fabry who have amenable mutations.

"I am very pleased that Amicus plans to submit the NDA for migalastat in the fourth quarter," said Jack Johnson, Founder and Executive Director of the Fabry Support & Information Group (FSIG). "With significant unmet needs and a lack of treatment choices for people living with Fabry disease in the U.S., we may be one step closer to a new oral therapy. Amicus has been a true partner for the Fabry community for more than a decade, and I look forward to potentially having a new oral precision medicine available to patients with amenable mutations in the U.S."

The European Commission (EC) has granted full approval for migalastat under the trade name Galafold® as a first line therapy for long-term treatment of adults and adolescents aged 16 years and older with a confirmed diagnosis of Fabry disease and who have an amenable mutation. Marketing applications have also been approved in several countries outside the EU, including Switzerland and Israel. Regulatory submissions are under review in additional countries including Japan, Canada and Australia.

Conference Call and WebcastAmicus Therapeutics will host a conference call and webcast today, July 11, 2017 at 8:30 a.m. ET. Interested participants and investors may access the conference call by dialing 877-303-5859 (U.S./Canada) or 678-224-7784 (international); conference ID 52498209. An audio webcast can also be accessed via the Investors section of the Amicus Therapeutics corporate web site at http://ir.amicusrx.com/events.cfm, and will be archived for 30 days. Web participants are encouraged to go to the web site 15 minutes prior to the start of the call to register, download and install any necessary software. A telephonic replay of the call will be available for nine days beginning at 11:30 a.m. ET today. Access numbers for this replay are 855-859-2056 (U.S./Canada) and 404-537-3406 (international); conference ID 52498209.

About Galafold™ and Amenable Mutations

Galafold® (migalastat) is a first-in-class chaperone therapy approved in the European Union as a monotherapy for Fabry disease in patients with amenable mutations. Galafold works by stabilizing the body's own dysfunctional enzyme, so it can clear the accumulation of disease substrate in patients who have amenable mutations.  A proprietary in vitro assay (Galafold Amenability Assay) was used to classify more than 800 known GLA mutations as "amenable" or "not amenable" to treatment with Galafold. The EU label includes 331 GLA mutations that have been identified and determined to be amenable based on the Galafold Amenability Assay, which represent between 35% and 50% of the currently diagnosed Fabry population.

Healthcare providers in the EU may access the website www.Galafoldamenabilitytable.com to quickly and accurately identify which mutations are categorized as "amenable" or "not amenable" to Galafold. Amicus expects to submit additional updates to the EU label as additional GLA mutations are identified and tested in the Galafold Amenability Assay.

Treatment with Galafold should be initiated and supervised by specialists experienced in the diagnosis and treatment of Fabry disease. Galafold is not recommended for use in patients with a non-amenable mutation.For further important safety information for Galafold, including posology and method of administration, special warnings, drug interactions and adverse drug reactions, please see the European SmPC for Galafold available from the EMA website at www.ema.europa.eu.

Fabry disease is an inherited lysosomal storage disorder caused by deficiency of an enzyme called alpha-galactosidase A (alpha-Gal A), which is the result of mutations in the GLA gene. The primary biological function of alpha-Gal A is to degrade specific lipids in lysosomes, including globotriaosylceramide (referred to here as GL-3 and also known as Gb3). Lipids that can be degraded by the action of alpha-Gal A are called "substrates" of the enzyme. Reduced or absent levels of alpha-Gal A activity lead to the accumulation of GL-3 in the affected tissues, including the central nervous system, heart, kidneys, and skin. Progressive accumulation of GL-3 is believed to lead to the morbidity and mortality of Fabry disease, including pain, kidney failure, heart disease, and stroke. The symptoms can be severe, differ from patient to patient, and begin at an early age. All Fabry disease is progressive and may lead to organ damage regardless of the time of symptom onset.

Amicus Therapeutics (NASDAQ:FOLD) is a global biotechnology company at the forefront of therapies for rare and orphan diseases. The Company has a robust pipeline of advanced therapies for a broad range of human genetic diseases. Amicus' lead programs in development include the small molecule pharmacological chaperone migalastat as a monotherapy for Fabry disease, SD-101 for Epidermolysis Bullosa (EB), as well as novel enzyme replacement therapy (ERT) and biologic products for Fabry disease, Pompe disease, and other rare and devastating diseases.