PARIS, France I July 3, 2018 I ABIVAX (Euronext Paris: FR0012333284 – ABVX), a biotechnology company harnessing the immune system to develop a functional cure for HIV, as well as treatments for inflammatory/autoimmune diseases and cancer, today announced positive top line data for the second cohort of the ABX464-005 phase 2a study in HIV infection.

The results and this communication were discussed with ABIVAX’ Scientific Advisory Board prior to release.

Study ABX464-005, a Phase 2a clinical trial, aims at studying the effects of ABX464 on HIV DNA (HIV reservoir) in blood and in rectal tissue in fully suppressed HIV patients. 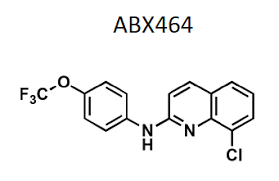 The study was conducted at the Germans Trias i Pujol University Hospital Badalona (Barcelona, Spain). In the first cohort of the ABX464-005 study, 9 patients were treated with ABX464 150mg/day for 28 days. In this first cohort, eight out of nine patients showed a decrease between day 0 and day 28 in HIV DNA in peripheral blood CD4+ T cells (up to 52%).

In the second cohort, a dose the third the size of the dose in the first cohort of ABX464 (50mg/day) was given for 3 months to twelve patients in order to evaluate the potential of this low dose to reduce the HIV reservoir in blood and in tissue. From the available Week 12 data (eight patients completed the full duration of the study at this stage), four patients showed a reduction in total HIV DNA in peripheral blood CD4+ T cells, ranging from 2% to 85%, and four patients experienced an increase in HIV DNA (5% to 36%).

Full data from this cohort will be submitted to upcoming scientific conferences.

“These findings show, for the first time, that ABX464 has the ability to reduce HIV DNA in both blood and rectal tissue reservoirs,” said Dr Jean-Marc Steens, Chief Medical Officer at ABIVAX. “The longer 12 week duration of treatment with ABX464 was safe and generally well tolerated and supports extended dosing. ”

“The data from the second cohort of patients in the ABX464-005 study are both important and encouraging,” said Ian McGowan, Professor of Medicine at the University of Pittsburgh School of Medicine and Chair of ABIVAX’s Scientific Advisory Board. “The study results demonstrate that some HIV-infected patients receiving 50mg of ABX464 had a relevant drop in the HIV DNA reservoir. Further studies will identify the characteristics of the patients most likely to benefit from ABX464 in different dosing regimens, alone or in combination with other HIV cure strategies.”

Prof Hartmut Ehrlich, CEO of ABIVAX commented, “It is gratifying to see the scientific rationale for ABX464 translate into these data, which support the Company’s plans for Phase 2b studies, bringing us one step closer to advancing HIV therapy.”

ABX464’s molecular mechanism has enabled it to become a therapeutic-candidate that can reduce HIV reservoir in infected patients. Recent data shed new light on its mechanism and now the abstract “ABX464, by binding the CBC 80/20 complex, enhances pre-mRNA splicing, resulting in the generation of novel HIV-derived RNA species and in increased expression of the anti-inflammatory miR124” has been accepted as late breaker at the AIDS2018 Conference, which will be held in Amsterdam July 23-27.

The Phase 2a clinical study with ABX464 in Ulcerative Colitis is fully enrolled, with last patients having their last visit this month. Top line data is expected to be available in the fall of this year.