Alkermes announced that it received a Refusal to File letter from the U.S. FDA regarding its New Drug Application (NDA) for ALKS 5461, a once-daily, oral investigational depression medicine.

The Agency has taken the position that it is unable to complete a substantive review of the NDA given insufficient evidence of overall effectiveness, and said additional clinical trials are needed before the NDA is resubmitted. 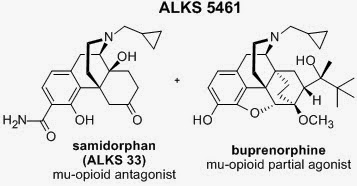 The experimental drug is being tested as an adjunctive treatment of major depressive disorder in patients with an inadequate response to standard antidepressant therapies.

Alkermes “strongly disagrees with the FDA's conclusions” and plans to appeal the FDA's decision. The drugmaker has requested a meeting with the FDA to determine appropriate next steps and what additional information may be required to resubmit the NDA.

FDA halts tests of Sanofi drug, acquired in $3.7B buyout, due to side effects
The Food and Drug Administration has required Sanofi to stop treating some patients in Phase 3 trials of an experimental multiple sclerosis drug and pause enrollment in the studies in an effort to ...