NEWTON, Mass., April 10, 2018 (GLOBE NEWSWIRE) -- Karyopharm Therapeutics Inc. (Nasdaq:KPTI), a clinical-stage pharmaceutical company, today announced that the U.S. Food and Drug Administration (FDA) has granted Fast Track designation to the Company’s lead, oral Selective Inhibitor of Nuclear Export (SINE) compound selinexor for the treatment of patients with multiple myeloma who have received at least three prior lines of therapy.  The FDA’s statement, consistent with the design of Karyopharm’s Phase 2b STORM study, noted that the three prior lines of therapy include regimens comprised of an alkylating agent, a glucocorticoid, Velcade® (bortezomib), Kyprolis® (carfilzomib), Revlimid® (lenalidomide), Pomalyst® (pomalidomide) and Darzalex® (daratumumab).  In addition, the patient’s disease must be refractory to at least one proteasome inhibitor (Velcade or Kyprolis), one immunomodulatory agent (Revlimid or Pomalyst), glucocorticoids and to Darzalex, as well as to the most recent therapy.  The Company expects to report top-line data from the STORM study at the end of April 2018. 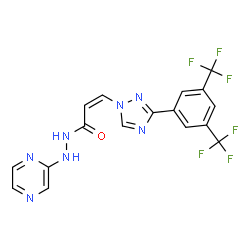 The FDA's Fast Track program facilitates the development of drugs intended to treat serious conditions and that have the potential to address unmet medical needs.  A drug program with Fast Track status is afforded greater access to the FDA for the purpose of expediting the drug's development, review and potential approval.  In addition, the Fast Track program allows for eligibility for Accelerated Approval and Priority Review, if relevant criteria are met, as well as for Rolling Review, which means that a drug company can submit completed sections of its New Drug Application (NDA) for review by FDA, rather than waiting until every section of the NDA is completed before the entire application can be submitted for review.

“The designation of Fast Track for selinexor represents important recognition by the FDA of the potential of this anti-cancer agent to address the significant unmet need in the treatment of patients with penta-refractory myeloma that has continued to progress despite available therapies,” said Sharon Shacham, PhD, MBA, Founder, President and Chief Scientific Officer of Karyopharm.  “We are fully committed to working closely with the FDA as we continue development of this potential new, orally-administered treatment for patients who currently have no other treatment options of proven benefit.”

About the Phase 2b STORM Study

In the multi-center, single-arm Phase 2b STORM (Selinexor Treatment of Refractory Myeloma) study, approximately 122 patients with heavily pretreated, penta-refractory myeloma receive 80mg oral selinexor twice weekly in combination with 20mg low-dose dexamethasone, also dosed orally twice weekly.  Patients with penta-refractory disease are those who have previously received an alkylating agent, a glucocorticoid, two immunomodulatory drugs (IMiDs) (Revlimid® (lenalidomide) and Pomalyst® (pomalidomide)), two proteasome inhibitors (PIs) (Velcade® (bortezomib) and Kyprolis® (carfilzomib)), and the anti-CD38 monoclonal antibody Darzalex® (daratumumab), and their disease is refractory to at least one PI, at least one IMiD, Darzalex, glucocorticoids and their most recent anti-myeloma therapy.  Overall response rate is the primary endpoint of the study, with duration of response and clinical benefit rate being secondary endpoints.  All responses will be adjudicated by an Independent Review Committee (IRC).

Selinexor (KPT-330) is a first-in-class, oral Selective Inhibitor of Nuclear Export (SINE) compound. Selinexor functions by binding with and inhibiting the nuclear export protein XPO1 (also called CRM1), leading to the accumulation of tumor suppressor proteins in the cell nucleus. This reinitiates and amplifies their tumor suppressor function and is believed to lead to the selective induction of apoptosis in cancer cells, while largely sparing normal cells. To date, over 2,300 patients have been treated with selinexor, and it is currently being evaluated in several mid- and later-phase clinical trials across multiple cancer indications, including in multiple myeloma in a pivotal, randomized Phase 3 study in combination with Velcade® (bortezomib) and low-dose dexamethasone (BOSTON), in combination with low-dose dexamethasone (STORM) and as a potential backbone therapy in combination with approved therapies (STOMP), and in diffuse large B-cell lymphoma (SADAL), and liposarcoma (SEAL), among others. Additional Phase 1, Phase 2 and Phase 3 studies are ongoing or currently planned, including multiple studies in combination with one or more approved therapies in a variety of tumor types to further inform Karyopharm's clinical development priorities for selinexor. Additional clinical trial information for selinexor is available at www.clinicaltrials.gov.

Karyopharm Therapeutics Inc. (Nasdaq:KPTI) is a clinical-stage pharmaceutical company focused on the discovery, development and subsequent commercialization of novel first-in-class drugs directed against nuclear transport and related targets for the treatment of cancer and other major diseases. Karyopharm's SINE compounds function by binding with and inhibiting the nuclear export protein XPO1 (or CRM1). In addition to single-agent and combination activity against a variety of human cancers, SINE compounds have also shown biological activity in models of neurodegeneration, inflammation, autoimmune disease, certain viruses and wound-healing. Karyopharm, which was founded by Dr. Sharon Shacham, currently has several investigational programs in clinical or preclinical development.