Blocking a unique type of cell death that occurs in multiple sclerosis could be a way to halt the debilitating disease, according to new research.

Pyroptosis, a type of cell death, has recently been implicated in MS. Pyroptosis, or "fiery death," is the cell death process to which the new study refers. 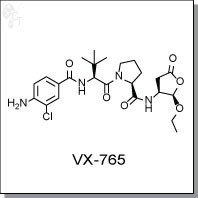 It is also the "primary mechanism" behind the destruction of nerve-insulating myelin that occurs in multiple sclerosis (MS), say the researchers.

A paper now published in the Proceedings of the National Academy of Sciences reports how the scientists observed the process in an animal model of MS and in brain tissue from patients with the disease.

The study is the first to explain how pyroptosis works at the molecular level in the human brain.

"This could be a game changer," explains senior study author Prof. Christopher Power, who is a co-director of the MS Center at the University of Alberta in Canada, "because we discovered a fundamental mechanism by which brain cells are damaged in MS that couples inflammation with neurodegeneration."

He and his colleagues also found a way to block the enzyme that drives the mechanism with an experimental drug called VX-765 that is being tested for treating epilepsy. "The drug is already known to be safe in humans," he adds.