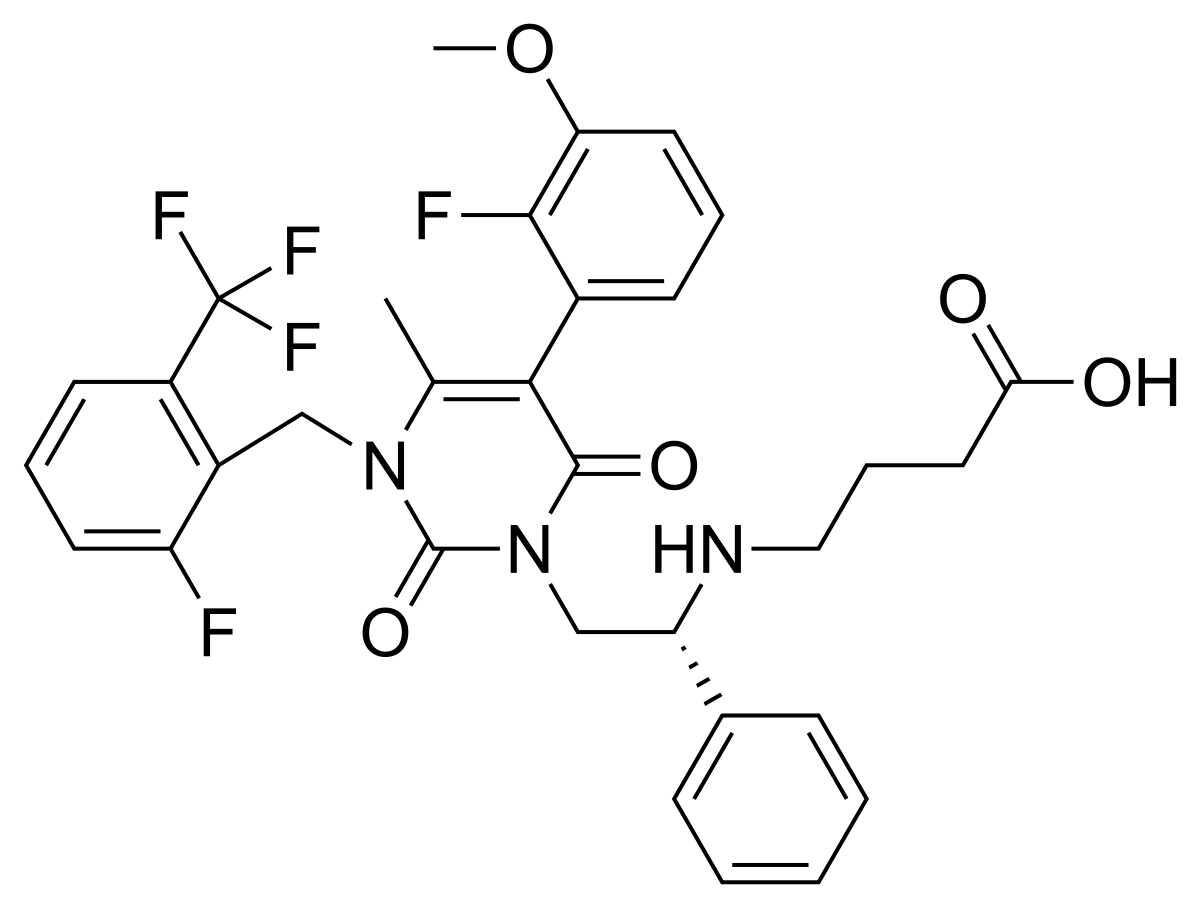 Uterine fibroids are the most common type of abnormal growth in a woman's pelvis and can affect up to 80 percent of women by age 50. Fibroids can be asymptomatic, but in approximately 25 percent of women, fibroids can cause symptoms, such as heavy menstrual bleeding, painful periods, vaginal bleeding at times other than menstruation, and anemia. African American women are more likely to experience fibroids and do so at a younger age.

Hypoestrogenic effects, such as hot flush and reduction in bone mineral density, from elagolix treatment were observed in the study. The overall safety profile for elagolix was consistent with what was observed in Phase 2 studies and the first Phase 3 study (ELARIS UF-I) in uterine fibroids.1,5-6 Data from the ELARIS UF-II Phase 3 study will support regulatory submissions for elagolix. Safety data, including most common adverse events, continue to be collected in this ongoing study.

ELARIS UF-II is the second of two replicate, pivotal, six-month Phase 3 studies evaluating the safety, tolerability and efficacy of elagolix alone (300 mg twice daily) and in combination with low-dose hormone (add-back) therapy (estradiol 1.0 mg / norethindrone acetate 0.5 mg), in women with uterine fibroids.  Study participants were premenopausal women, age 18–51 years old, with a diagnosis of uterine fibroids documented by a pelvic transvaginal and transabdominal ultrasound (TAU, TVU).  The primary endpoint assessed the reduction in heavy menstrual bleeding compared to placebo as measured by the alkaline hematin method, an objective measurement of total menstrual blood loss based on quantitation of menstrual blood collected on sanitary products. Clinical response was defined as menstrual blood loss volume of less than 80 mL during month six and a 50 percent or greater reduction in menstrual blood loss volume from baseline to month six. The ranked secondary endpoints included measures of bleeding, bleeding suppression and hemoglobin changes. The study was conducted at approximately 100 sites in the United States and Canada.