(Reuters) - Johnson and Johnson said it would stop mid-stage trials testing its experimental Alzheimer’s drug after observing safety issues, the latest drugmaker to abandon developing treatments for the memory-robbing disease.

Some trial participants showed serious elevations of liver enzymes and the company concluded that the benefit-risk ratio offered by the drug, atabecestat, no longer supported its development, said Janssen, a unit of Johnson and Johnson. 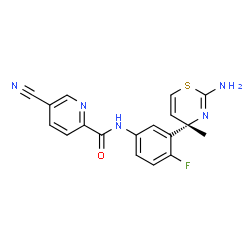 Atabecestat belongs to a class of experimental Alzheimer’s drugs called BACE inhibitors that block an enzyme involved in the production of a protein that creates brain plaques, which are considered a major cause for the disease.

Analysts expect the successful development of a treatment for the disease, which affects about 5.7 million Americans, to virtually guarantee multi-billion dollar annual sales.

However, several drugmakers, including Pfizer Inc, Merck and Co Inc, have been forced to abandon trials over lack of effectiveness or safety concerns.

Eli Lilly & Co and AstraZeneca Plc are testing their BACE inhibitor, lanabecestat, in late-stage trials and are due to report results next year.

Johnson & Johnson was testing atabecestat to slow cognitive decline in certain patients identified to be progressing to Alzheimer’s dementia.