Vertex has presented long-term, observational data highlighting the benefit of Kalydeco in patients with cystic fibrosis.

Real-world data from two large, independent cystic fibrosis (CF) registries was used to compare patients treated with the drug - a cystic fibrosis transmembrane (CFTR) modulator - to a comparator group of matched patients who had never received such treatment. 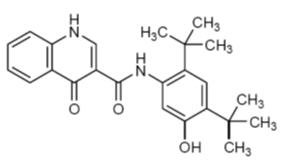 According to the firm, observational studies show that patients treated with Kalydeco (ivacaftor) had fewer deaths, transplantations, hospitalisations and pulmonary exacerbations, compared to patients matched on age, sex and disease severity as assessed by genotype who had never received a CFTR modulator.

The results, it said, were consistent with all previous annual analyses performed since the first year of commercial availability of the medicine, which was four years in the UK and five years in the US.

In the analysis of the 2016 data, a significantly smaller proportion of treated patients in the US died (0.4 percent vs 1.0 percent) or had transplantations (0.3 percent vs 1.1 percent) versus the comparator arm.

In both registries, treated patients also had significantly lower risks of pulmonary exacerbations (PEx) and hospitalisations, compared to comparator.

“Although these are observational studies, which have limitations in terms of how they should be interpreted, we saw a range of important benefits for patients over time with ivacaftor treatment, compared to the comparator,” noted Professor Diana Bilton, study author and Adjunct Professor, NHLI Imperial College, London & Hon Consultant, Royal Brompton Hospital, London.

“These studies support the idea that CFTR modulator therapy is able to modify the course of the disease in cystic fibrosis patients.”