BEIJING, March 4 (Xinhua) -- Chinese scientists have identified a protein that causes the proliferation of liver cancer cells, a finding which could assist in the development of a new cancer drug, Monday's China Daily reported.

By studying proteins of patients with early-stage liver cancer, researchers found that the activity of one protein, identified as SOAT1, can affect cholesterol stability in cancer cells - which triggers them to proliferate and migrate.

The study also found that avasimibe, an inhibitor of SOAT1, shows potential as a targeted therapeutic drug. 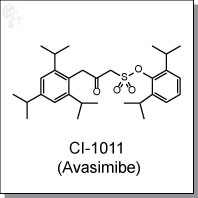 The paper, co-authored by scientists from the Academy of Military Medical Sciences, Zhongshan Hospital affiliated to Fudan University, and Beijing Cancer Hospital, was recently published in Nature.

"This study explains why very early liver cancer can still spread to the entire body one to three months after surgery. It is of great value for future drug research, and helps explain the biological features of liver cancer so that more effective treatment can be selected." said Fan Jia, dean of Zhongshan Hospital affiliated to Fudan University.

The study is part of the Chinese Human Proteome Project, launched in 2014 to explore new approaches to treat major endemic diseases by building up human proteome biological profiles and mapping all the proteins in major organs.