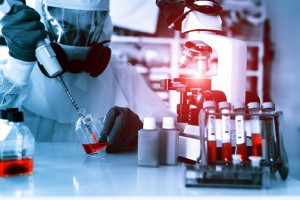 In the last few years, the evolution of science has moved at an exponential rate. Presently, medical research has become so profound and widespread that there is now an array of treatments for even the most lethal diseases in the world. Only a few years back, cures for these diseases were unimaginable.

In the 20th century, the average life expectancy according to the US Census Bureau was 47.3 years. Only one hundred years later, this number has rocketed to 77.85 years due in large part to the incredible scientific developments with novel treatments and vaccinations for deadly diseases. It should be noted that treatments and vaccines are only effective if they are administered to the patient, which is dominantly the reason why these diseases are still prevalent in developing and impoverished nations.

Here are the top ten recent scientific drug discovery breakthroughs in the last decade for the treatment of deadly diseases, which could perhaps save millions of lives.

Researchers from the Burnet Institute, Monash University, and Deakin University in Australia were able to cut down the supply of proteins to the Malaria parasite essential for its survival. Since the Malaria parasite lives inside the RBC, the immune system is not able to detect it. Tania de Koning-Ward, co-author of the paper and an eminent member of Deakin’s Medical School, published her findings in Nature. She said that the research had shown that the proteins could get access to the RBC through a single entrance, which eventually provided a path to get into the RBC so that it could survive and multiply. The scientists managed to change the function of this entry point so that the proteins could not get into the RBC, and then starve and kill the parasite.

The research targets the single gateway for drug treatments considering the fact that it is used by the parasite to obtain the proteins.

2.    Breakthrough in the Treatment of Cancer

Gleevec, which is also known as Imatinib, is greatly considered a miracle drug to many. It was initially given an approval in 2001 by the US Food and Drug Administration to cure Chronic Myelogenous Leukemia (CML). The drug has had a phenomenal success rate, with Complete Hematologic Responses (CHR) being observed in 53 out of 54 patients, according to oncologist, Biran Duker. Each patient was given a regular dosage of 300 mg and the response was evident within the first four weeks following therapy.

Recently, the results of a follow-up study which lasted for five years were outstanding. In this study, researchers found that after five years of therapy with Gleevec, 98% of patients exhibited a CHR. Furthermore, the overall survival rate after five years was 89% and the relapse rate was a mere 17%. All of these findings have proved the impressive nature of Gleevec. 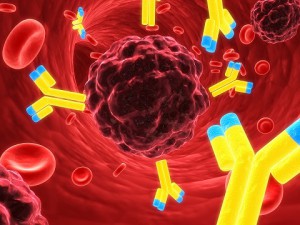 3.    New Strategy for the Discovery of Drugs

Scientists at The Scripps Research Institute (TSRI) have devised a new strategy for the discovery of drugs that allows researchers to choose the chemical compounds that can impact cells in a technique required for the treatment of a particular disease. In order to emphasize the power of this technique, the team at TSRI used this strategy to determine a compound that has the potential to treat diabetes linked to obesity. They were also successful in identifying the fat-cell enzyme that is inhibited by the compound. Interestingly enough, this enzyme has not yet been thought to treat diabetes.

Enrique Saez, Associate Proffesor or TSRI and senior author of the study, said that the strategy developed has the power to speed up the discovery of vital biological pathways, which may result in the accelerated development of new drugs for various diseases.

4.    New Drug Discovery Technique to Target a Class of Enzymes

A research headed by the University of Dundee has enhanced the power of developing new drugs that focus on a class of enzymes involved in major diseases like neurodegenerative condition and even cancer. The research team has been targeting the class of enzymes known as deubiquitylases (DUBs).  The human genome has been found to have close to 90 DUBs, which are active in every process.

In future, drugs targeting elements of the ubiquitin system will be of crucial importance to the pharmaceutical sector. Dr. Matthias Trost, the leader of the team, said that this is the first technique which permits the high-throughput screening of DUBs, which is of great significance in identifying new targets for the administration of drugs as well as the development of medication.

5.    Serelaxin from Novartis-a Breakthrough Therapy in the Treatment of Heart Failure

Swiss pharmaceutical firm, Novarits, recently stated that the US Food and Drug Administration had given the breakthrough therapy status to Serelaxin, which is used in the treatment of acute heart failure. According to Novartis, the FDA’s decision was based by safety and efficacy outcomes from a late stage trial of its drug, Serelaxin. The study also proved that the drug cut down the deaths of patients by 37% at six months following acute heart failure in comparison to patients receiving standard therapy.

Last year. Novartis had said that Serelaxin was a promising drug to be released soon, while analysts at Deutsche bank had predicted that the drug could pull in $2.5 billion annual through its sales.

The task of getting a medication right from conception to the market is the toughest job of all. Added to this, it can consume anywhere between $1-$5 billion dollars and a decade of effort. Even then, the chances of failure seem to be high at every step. Considering the massive amount of failure rate and uncertainty, the news of Vertex Pharmaceutical’s new drug combination which can treat Cystic Fibrosis comes as a huge respite. This is a huge triumph for researchers who have been since ages trying to find a cure for this disease.

Cystic Fibrosis, which affects close to 30,000 individuals in the US alone and more than 75,000 across the globe, was not treatable until now.  Vertex Pharmaceuticals decided to target an important protein in Cystic Fibrosis, referred to as the Cystic Fibrosis Transmembrane Conductance Regulator or CFTR, whose key role is to transport chloride ions to the lungs and away from them.

Multiple Sclerosis is an autoimmune disease that can cause serious harm to the spinal cord and brain.  The symptoms include restricted movement and profound fatigue. It usually affects people between the ages of 20 to 50. The disease harms a fatty membrane, referred to as myelin, which safeguards nerve fibers in the central nervous system. Tim Coetzee, PhD, chief research officer of the National Multiple Sclerosis Society says that new research has opened up opportunities for treatment at an early stage with therapies that modify the disease.

Researchers and neurologists are presently working on the best MS medications available.  Jeffrey K. Huang, PhD, a lead researcher of the drug at the MS Society Cambridge Centre for Myelin Repair, University of Cambridge, England says that a new treatment allows the Myelin Sheath Invigorate with the help of synthetic chemicals that activate Retinoid Acid Receptor (RXR) within the brainstem cells of an adult. RXR assists the transformation of adult stem cells into oligodendrocytes-cells that produce myelin.

8.    Discovery of Ebola Protein could Lead to Drug Development

Recently, Africa has been plagued by the deadly Ebola virus. There has been very little scientific research breakthrough with researchers trying to unravel the mystery behind this disease. However, scientists at the Icahn School of Medicine at Mount Sinai, the University of Texas Southwestern Medical Center and Washington University in St. Louis may be able to crack the code on how this virus destroys the immune system and find out ways to prevent the disease.

The team sheds light on a unique mechanism of the Ebola virus that obstructs the efforts by interferons-protective proteins- to stop the virus from infecting the cells of the body. Dr. Christopher Basler at the Ichan School of Medicine states that these details can be the foundation to the development of the drug that can combat the Ebola virus.

The cure for the fatal Ebola virus may finally have just been discovered. Recently, there has been reports by scientists of Ebola-infected monkeys being completely cured. The medication, Zmapp, is at present being used to treat patients infected with the virus including William Pooley-a British nurse-who is currently being treated at London-based Royal Free hospital after contracting the disease in Sierra Leone.

Around 18 monkeys infected with Ebola were found to be totally cured after being administered ZMapp.  The results, according to experts, were heavily encouraging. Professor Peter Piot, Director of the London School of Hygiene & Tropical Medicine, stated that these trials now have a strong backing and should be used in humans.  On the other hand, it should be noted that two patients treated with the drug had died, but it may have been because the drug was administered too late for it to be effective.

10.  New Drug could Treat Most Aggressive Form of Lung Cancer

Scientists have found a new drug that could possibly treat small cell lung cancer, the most destructive form of the disease. Currently, this drug is undergoing clinical trials and could potentially be used to treat patients who have tumours that are not affected by chemotherapy treatment. The findings were published in the Clinical Cancer Research and could help in finding out those patients who have greater chances to respond to the treatment.  The medication works by analyzing energy production in cancer cells as a means to prohibit tumour growth.

The quality of life has undoubtedly become rich with these major scientific breakthroughs, however; still further research and testing needs to be done before these findings can ever be implemented for the well-being of society.