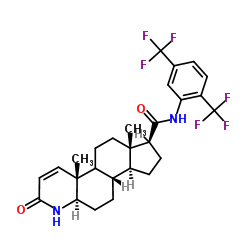 GlaxoSmithKline ($GSK) has one less tool for propping up its top line. The company's prostate drug Avodart now faces a generic version from Teva Pharmaceutical Industries ($TEVA), with more copycats expected next month.

With £805 million in sales last year, the Avodart franchise has been a top performer for GSK, far short of its best-selling Advair and its £4.2 billion, but among its cadre of blockbusters nonetheless. Luckily, Avodart and its combo-pill cousin Jalyn rely on the U.S. for less than half of their total sales, at £258 million in 2014, or about $426 million per GSK's dollar translation.

But with ongoing pressure on Advair, and still-disappointing sales of Advair follow-ups Anoro and Breo, GSK needs all the help it can get these days--and it will get a lot less from the Avodart franchise by year's end. Teva's generic has first-to-file market exclusivity, which means price competition won't be intense for now. But in announcing the rollout of its copycat version, Teva said it's expecting other generics to launch in a few weeks.

And that means more companies competing for the Avodart dollar--and dimmer prospects for the brand, at least in the U.S.

Fortunately for GSK, it has managed to grow Avodart rather impressively in emerging markets. By cutting prices in developing countries, the company pumped up volumes to the point where Avodart's emerging markets sales grew 76% in 2013. Sales in that region continued growing last year, hitting £113 million, or about $186 million, a 20% increase. With the company relying on a new volume-first strategy to grow revenue, it's going to be hoping for more successes like that one.

"We think we're really aligned with where the river is flowing. The river is flowing for more volume," CEO Andrew Witty said earlier this year. "We're going to focus on that, get that volume out there at a fair price, get a good return on our R&D investment, but not be fixated on defending ever and ever higher prices in the developed world."