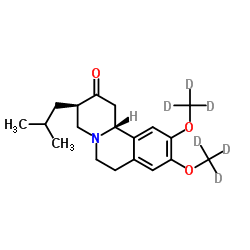 Teva announced that the U.S. Food and Drug Administration (FDA) has granted Breakthrough Therapy Designation status to SD-809 (deutetrabenazine) for the treatment of patients with moderate to severe tardive dyskinesia, a hyperkinetic movement disorder affecting about 500,000 people in the United States.

Breakthrough Therapy Designation is granted to a drug that is intended to treat a serious condition and preliminary clinical evidence indicates that the drug may demonstrate substantial improvement on a clinically significant endpoint over available therapy or placebo where there is no available therapy. For SD-809, the designation request included results from Teva’s Phase II/III study, Aim to Reduce Movements in Tardive Dyskinesia (ARM-TD). In the ARM-TD study, SD-809 was compared to placebo for change in Abnormal Involuntary Movement Scale (AIMS) score from baseline to end of therapy.

“The granting of Breakthrough Therapy Designation by the FDA represents significant progress toward advancing the clinical program for SD-809, as a potential, much-needed treatment option for the underserved tardive dyskinesia patient population. We remain excited about studying this innovative compound across a number of indications,” said Michael Hayden, M.D., Ph.D., President of Global R&D and Chief Scientific Officer at Teva.

Tardive dyskinesia, for which there are no approved therapies in the United States, has been described as a condition characterized by repetitive and uncontrollable movements of the tongue, lips, face, and extremities and has been reported with some widely used medications for psychiatric conditions such as schizophrenia and bipolar disease, as well as with certain drugs used for treating various gastrointestinal disorders.