THOUSAND OAKS, CA, USA I August 24, 2016 I Amgen (Nasdaq: AMGN) today announced that the U.S. Food and Drug Administration (FDA) has issued a Complete Response Letter for the New Drug Application (NDA) for Parsabiv™ (etelcalcetide) for the treatment of secondary hyperparathyroidism (sHPT) in adult patients with chronic kidney disease (CKD) on hemodialysis. 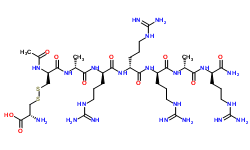 Amgen is reviewing the Complete Response Letter, and we anticipate a post-action meeting with the FDA later this year to discuss the Complete Response.The Complete Response Letter does not impact our regulatory submissions in other regions.About Secondary HyperparathyroidismsHPT is a chronic and serious condition which affects many of the approximately two million people throughout the world who are receiving dialysis, including 468,000 people in the U.S. Approximately 88 percent of dialysis patients and 79 percent of patients on hemodialysis will develop sHPT. sHPT refers to the excessive secretion of parathyroid hormone (PTH) by the parathyroid glands in response to decreased renal function and impaired mineral metabolism. The elevated levels of PTH can lead to an increase in the release of calcium and phosphorus from the bones. sHPT is often initially silent and asymptomatic. As a result, sHPT is frequently underdiagnosed and undertreated.About Parsabiv™ (etelcalcetide)Parsabiv is a novel calcimimetic agent under investigation for the treatment of sHPT in adult CKD patients on hemodialysis and is administered intravenously at the end of the hemodialysis session. A calcimimetic is a drug that mimics the action of calcium by activating the calcium-sensing receptors on the parathyroid gland. Parsabiv binds to and activates the calcium-sensing receptor on the parathyroid gland, thereby decreasing PTH levels.About AmgenAmgen is committed to unlocking the potential of biology for patients suffering from serious illnesses by discovering, developing, manufacturing and delivering innovative human therapeutics. This approach begins by using tools like advanced human genetics to unravel the complexities of disease and understand the fundamentals of human biology.Amgen focuses on areas of high unmet medical need and leverages its expertise to strive for solutions that improve health outcomes and dramatically improve people's lives. A biotechnology pioneer since 1980, Amgen has grown to be one of the world's leading independent biotechnology companies, has reached millions of patients around the world and is developing a pipeline of medicines with breakaway potential.SOURCE: AmgenPublished on Thursday, 25 August 2016http://pipelinereview.com/