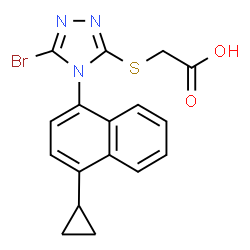 Did Ironwood Pharmaceuticals just pick up a promising product, or did AstraZeneca just unload a problematic one? You be the judge: Ironwood says it will pay up to $265 million in cash plus royalties for the chance to market AstraZeneca’s recently approved gout drug Zurampic (lesinurad) and any follow-up combo products in the U.S.

Approved by the FDA in December, Zurampic comes with peak sales estimates of $500 million and up, which would be a nice addition to Ironwood’s revenue stream. But Zurampic, previously known as lesinurad, also comes with a slate of safety concerns and some questions about its efficacy.Ironwood agreed to pay $100 million up front, up to $165 million in potential milestone payments, and royalties on sales down the road. AstraZeneca will manufacture the drug, handle some support functions, and submit a combo pill for FDA approval, likely later this year. The company also will foot the bill for a post-marketing safety study required by the U.S. agency.AstraZeneca EVP Luke Miels said the deal with Ironwood hands Zurampic off to a known marketing partner and frees his company to focus on other meds. The two companies work together in China on the constipation med Linzess, which is co-marketed in the U.S. by Ironwood and Allergan.“Our new agreement with Ironwood will ensure the successful launch of Zurampic in the U.S., while allowing us to concentrate our resources on the innovative medicines in our main therapy areas,” Miels said.Zurampic entered a market where patients have few options, but its trial data was a bit messy. The drug fell short of its primary endpoints in all three late-stage trials, FierceBiotech reported last year, but in one trial, it hit a target for lowering serum uric acid levels every month except the final one. On the safety side, Zurampic has an FDA black-box warning of potential kidney failure, and to answer worries about renal and cardiovascular side effects, the agency also required a post-marketing safety study.Still, Ironwood commercial chief Tom McCourt sees a lot of potential for Zurampic, with some 2 million patients in the U.S. still suffering in spite of treatment with other urate-lowering therapies. He also sees some common ground in marketing the gout drug alongside Linzess. Both meds address “a significant unmet need in which patients are highly motivated and seeking relief,” McCourt said in a statement. “With focused investment into the gout franchise over time, we believe we can maximize cash flows and accelerate our efforts to build a top-performing commercial biotechnology company.”by Tracy Staton | Apr 26, 2016http://www.fiercepharma.com/