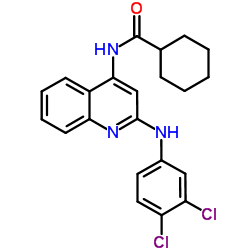 Israeli biotech company Can-Fite BioPharma Ltd is a step closer to securing US patent for its drug CF602, touted as a Viagra alternative for diabetics. The US Patent and Trademark Office has issued a Notice of Allowance for A3 Adenosine Receptor Allosteric Modulators.

Can-Fite said in a statement that it plans to file an investigational new drug (IND) application with the US Food and Drug Administration to undertake a Phase I study of CF602 for the treatment of sexual dysfunction. It hopes to submit the application in the fourth quarter this year.

The company said preclinical studies in rats with diabetes mellitus show that CF602 has a mechanism of action that is similar to sildenafil (Viagra) with CF602 demonstrating effects on erection superior to that shown by sildenafil in animal studies.

"We believe there is a clear and unmet need for a new sexual dysfunction drug that safely and more effectively treats erectile dysfunction in men with diabetes," the company's Chief Executive Officer Dr Pnina Fishman said.

In a presentation earlier this month, the company said CF602 is targeted for patients with sexual dysfunction, but who cannot use approved products. The drug belongs to the family of imidazoquinoline derivatives.

The erectile dysfunction therapeutic market is worth around $2.6b (£1.84b; €2.39b) by 2018, according to GlobalData. Other drugs already in the market include Viagra, Cialis and Levitra. However, Can-Fite is targeting those with diabetes and according to the American Diabetes Association, around 30 million Americans have diabetes mellitus and 35-75% of men with diabetes mellitus suffer from erectile dysfunction.

The company is preparing for Phase III trials for CF101 for rheumatoid arthritis and is preparing protocol for Phase III psoriasis clinical trial for the drug. Its liver cancer drug CF102 is in Phase II trials. The drug has been given Orphan Drug Designation in the US and Europe and Fast Track Designation as a second line treatment for hepatocellular carcinoma by the US FDA.