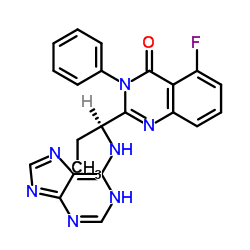 Zydelig is authorised in the EU to treat two types of rare blood cancers called chronic lymphocytic leukaemia and follicular lymphoma (one of a group of cancers called non-Hodgkin lymphoma).

The drug is currently being investigated in combination with other cancer medicine in three clinical trials, involving patients with chronic lymphocytic leukaemia and indolent non-Hodgkin lymphoma.

The trials saw an increased rate of serious adverse events including deaths, mostly due to infections.

The studies in non-Hodgkin lymphoma also included patients with disease characteristics different from those covered by the currently approved indications.

Meanwhile, EMA will consider whether any other immediate measures are necessary and will communicate further and keep doctors and patients informed as appropriate.

The data from these studies will not be reviewed by EMS to assess whether the findings have any consequences for the authorised uses of Zydelig.

In the EU, Zydelig is authorised for the treatment of chronic lymphocytic leukaemia in patients who have received previous treatment, as well as in previously untreated patients who have certain genetic mutations in their cancer cells.

It is used in combination with rituximab, and on its own for a type of non-Hodgkin lymphoma called follicular lymphoma.