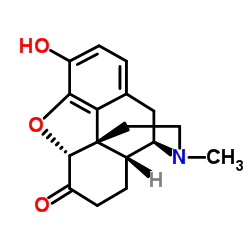 WEDNESDAY, April 6, 2016 -- Hydromorphone -- an opioid painkiller -- may be another treatment option for heroin addiction, a new Canadian study suggests.

The research included more than 200 heroin addicts in Vancouver. They hadn't responded to commonly used treatments such as methadone or suboxone. This was the first study to assess the effectiveness of hydromorphone in treating heroin addiction, the researchers noted.

The participants were randomly selected to receive injections of either hydromorphone or diacetylmorphine (pharmaceutical-grade prescription heroin). The injections were given in a clinic under the supervision of a health care professional.

"Providing injectable opioids in specialized clinics under supervision ensures safety of both the patients and the community, and the provision of comprehensive care," lead investigator Eugenia Oviedo-Joekes, from the University of British Columbia, said in a school news release.

The participants also reported a large reduction in the number of days when they committed crimes. At the start of the study, volunteers were involved in illegal activities an average of about 14 days. During the study, that number dropped to less than four days, the research showed.

And nearly 80 percent of patients in both groups were still in treatment at six months, the study found.

Injections of both drugs were safe when given in the clinic. During the study, more than 88,000 injections were given. But, there were only 14 overdoses and 11 seizures. All were successfully managed in the clinic. These problems might have been deadly if they had occurred on the street, the researchers noted.

"Hydromorphone is a widely available licensed pain medication. Our study shows that hydromorphone is as effective as diacetylmorphine, providing a licensed alternative to treat severe opioid use disorder," Oviedo-Joekes said.

"Hydromorphone has a significant advantage as a legal, licensed pain medication," Daly added.

Methadone and buprenorphine/naloxone are current heroin addiction treatment options, and they're effective for many people, Daly said. But, "No single treatment is effective for all individuals. Every person with severe opioid use disorder left untreated is at high risk of serious illness and premature death," she added.

Last December, the CDC announced that fatal drug overdoses had reached record highs in the United States -- driven largely by the abuse of prescription painkillers and heroin. Many abusers use both.

According to that December report, more than 47,000 Americans lost their lives to drug overdose in 2014, a 14 percent jump from the previous year.

The new study findings were published April 6 in the journal JAMA Psychiatry.

The U.S. National Institute on Drug Abuse has more about heroin.