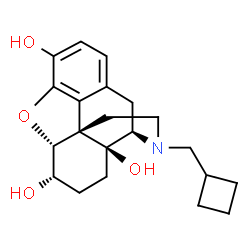 The multi-center, randomized, double-blind, placebo-controlled, parallel, three-arm study evaluated the safety and anti-pruritic efficacy of Nalbuphine ER tablets dosed twice-daily at 90mg and 180mg in 62 patients in the United States and Europe. Patients with moderate-to-severe itch intensity, defined as ≥ 5 on the 0-10 Numerical Rating Score (NRS) scale, were enrolled to evaluate drug efficacy across a representative patient population for treatment of this chronic indication. The actual average baseline worst itch for enrolled patients was ≥ 8, indicating the severe nature of the disease.

The study consisted of a titration period of two weeks, followed by an eight-week blinded period on a fixed dose of drug or placebo, and a two-week wash-out period. At the end of the wash-out period, patients were eligible to roll over into a one-year open label extension study. The Company expects the open label extension study to be completed in the third quarter of 2017.

The ItchyQoL™ secondary endpoint, 22 questions that measure how pruritus affects a patient’s quality of life, provided supportive evidence of a favorable treatment effect on reduction in itch intensity compared to placebo. Change from baseline in the ItchyQoL total score was significantly more favorable for the Nalbuphine ER 180 mg BID dose compared to placebo (p=0.022).

The most common adverse events in the study were dizziness, nausea, headaches, and fatigue, the majority of which were grade 1 or 2. As seen previously, the incidence rate of these events was similar to placebo after the titration period. No serious adverse events attributed to the drug were observed, and the study DSMB raised no issues that affected the continuation of the study or required modification of study procedures.

Jennifer L. Good, Trevi’s President and Chief Executive Officer, said, “We have now demonstrated that Nalbuphine ER can improve pruritus in two very different and severe itch conditions: prurigo nodularis and uremic pruritus. Itch is a significant unmet medical need resulting from many diseases in dermatology, oncology, hepatology and neurology, and we believe Nalbuphine ER may provide an important therapy for these patients.”

Thomas R. Sciascia, M.D., Trevi’s Chief Medical Officer, said, “Prurigo nodularis is a very serious dermatologic condition, with no approved therapies. Once a patient gets PN, they may cope with the disease for many years, with significant impact on their ongoing quality of life. We are pleased with the results of our trial, and are preparing for a discussion with both FDA and EMA about the development path forward with the critical mass of data we have gathered.”

Trevi Therapeutics, Inc. is a late-stage clinical development company developing oral Nalbuphine®ER for chronic pruritus conditions (itch). Pruritus develops in various dermatologic, metabolic, hematologic and neuropathic conditions. The Company is pursuing two conditions for clinical development: uremic pruritus and prurigo nodularis. Uremic pruritus is a persistent and debilitating itch in patients on dialysis that has been associated with increased mortality. Prurigo nodularis is a chronic dermatologic condition characterized by severely pruritic skin nodules that are independent of underlying etiology. There are no approved therapies in the United States or Europe for either condition.

Nalbuphine ER is an oral extended release mu receptor antagonist and kappa receptor agonist. Both modalities have been shown to be effective in abolishing itch. Trevi believes that Nalbuphine ER’s unique dual mechanism of action, which has shown efficacy in addressing pruritus in both animal studies and human clinical trials, may have broad utility in treating chronic pruritus.

Founded in 2011, Trevi is headquartered in New Haven, CT.