Homepage > Company > Media > Pharma News > 2016 > U.S. Food and Drug Administration Approves ORKAMBI(R) (lumacaftor/ivacaftor) for Use in Children with Cystic Fibrosis Ages 6 through 11 who have Two Copies of the F508del Mutation

BOSTON, MA, USA I September 28, 2016 I Vertex Pharmaceuticals Incorporated (Nasdaq: VRTX) today announced that the U.S. Food and Drug Administration (FDA) approved ORKAMBI® (lumacaftor/ivacaftor) for use in children with cystic fibrosis (CF) ages 6 through 11 who have two copies of the F508del mutation. People with this mutation represent the largest population of those with CF, a rare, life-threatening disease. ORKAMBI is the first and only medicine to treat the underlying cause of CF for people with this mutation. It was previously approved by the FDA for use in people ages 12 and older with two copies of the F508del mutation. With today's approval, approximately 11,000 people with CF are eligible for treatment with ORKAMBI in the United States. ORKAMBI will be available for eligible children ages 6 through 11 in the United States as soon as possible. Vertex also today lowered its guidance for 2016 ORKAMBI revenues to a range of $950 million to $990 million. 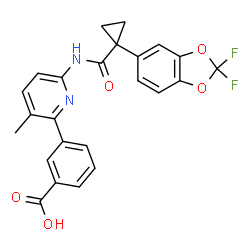 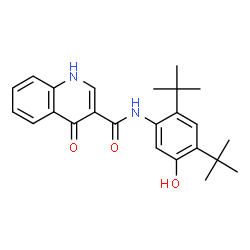 "The ability to treat children as young as six who have the most common form of the disease is an important milestone as we pursue our goal to develop medicines for all people with CF," said Jeffrey Chodakewitz, M.D., Executive Vice President and Chief Medical Officer at Vertex. "We believe it is important to treat the underlying cause of the disease as early as possible in these patients."The approval is based on data from a previously announced open-label Phase 3 clinical safety study of ORKAMBI presented at the 39th European Cystic Fibrosis Society Conference in June 2016. These data will be presented at the 30th Annual North American Cystic Fibrosis Conference October 27-29 in Orlando, Florida.Vertex plans to submit a Marketing Authorization Application (MAA) variation in the European Union in the first half of 2017 for children ages 6 through 11 who have two copies of the F508del mutation. This application will be based on data from a Phase 3 efficacy study with a primary endpoint of absolute change in lung clearance index (LCI). These data are expected before the end of 2016.ORKAMBI Financial GuidanceVertex today revised its guidance for 2016 ORKAMBI revenues. The company now expects ORKAMBI revenues of $950 million to $990 million. Vertex's prior guidance was for total 2016 ORKAMBI revenues of $1.0 billion to $1.1 billion, and to date Vertex has reported ORKAMBI revenues of $223 million and $245 million for the first and second quarters of 2016, respectively. Vertex expects third quarter ORKAMBI revenues to be between $230 million and $235 million. The revised guidance primarily reflects the following:The slower than anticipated launch in Germany where fewer than 20 percent of the approximately 2,500 eligible patients have initiated treatment to date;That we are approaching peak penetration for ORKAMBI in the U.S. where there are approximately 8,500 eligible patients ages 12 and older; andSlower than expected refills for ORKAMBI during the summer months of July and August.Today's approval in people ages 6 through 11 will drive growth in the U.S. in the fourth quarter of 2016. Growth for ORKAMBI in 2017 will be driven both by obtaining reimbursement approvals in key European and other countries and by continued growth among eligible patients ages 6 through 11 in the U.S.About Cystic Fibrosis and ORKAMBICystic fibrosis is a rare, life-threatening genetic disease affecting approximately 75,000 people in North America, Europe and Australia.CF is caused by defective or missing cystic fibrosis conductance regulator (CFTR) proteins resulting from mutations in the CFTR gene. Children must inherit two defective CFTR genes — one from each parent — to have CF. There are approximately 2,000 known mutations in the CFTR gene. Some of these mutations, which can be determined by a genetic test, lead to CF by creating defective or too few CFTR proteins at the cell surface. The defective or missing CFTR protein results in poor flow of salt and water into or out of the cell in a number of organs, including the lungs. This leads to the buildup of abnormally thick, sticky mucus that can cause chronic lung infections and progressive lung damage in many patients that eventually leads to death. The median predicted age of survival for a person born today with CF in the United States is 39 years, but the median age of death is 29 years.In people with two copies of the F508del mutation, the CFTR protein is not processed and trafficked normally within the cell, resulting in little to no CFTR protein at the cell surface. Patients with two copies of the F508del mutation are easily identified by a simple genetic test.ORKAMBI is a combination of lumacaftor, which is designed to increase the amount of mature protein at the cell surface by targeting the processing and trafficking defect of the F508del CFTR protein, and ivacaftor, which is designed to enhance the function of the CFTR protein once it reaches the cell surface. In pediatric patients ages 6 through 11, two ORKAMBI tablets (each containing lumacaftor 100 mg/ivacaftor 125mg) are taken orally every 12 hours - once in the morning and once in the evening - with fat-containing food.About VertexVertex is a global biotechnology company that aims to discover, develop and commercialize innovative medicines so people with serious diseases can lead better lives. In addition to our clinical development programs focused on cystic fibrosis, Vertex has more than a dozen ongoing research programs aimed at other serious and life-threatening diseases.Founded in 1989 in Cambridge, Mass., Vertex today has research and development sites and commercial offices in the United States, Europe, Canada and Australia. For six years in a row, Science magazine has named Vertex one of its Top Employers in the life sciences. For additional information and the latest updates from the company, please visit www.vrtx.com.SOURCE: Vertex PharmaceuticalsThursday, 29 September 2016http://pipelinereview.com/