In recent decades, researchers and the general public have placed more significance on omega-3 fatty acids, consuming them from dietary sources or looking into fish oil supplements.

Growing evidence has suggested these essential fatty acids have a strong anti-inflammatory effect on the body. Inflammation, as we know, plays a key role in the development of chronic diseases such as heart disease and arthritis. 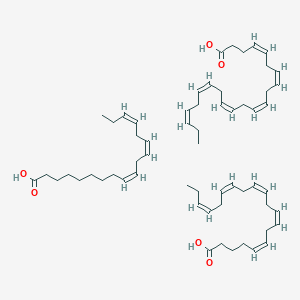 "Omega-3 favorably affects a number of risk factors for cardiovascular disease, and at the top of the list is reducing the risk of sudden death from heart attack," said Penny Kris Etherton, distinguished professor of nutrition at Pennsylvania State University.

According to the American Heart Association (AHA), omega-3 fatty acids benefit the heart of healthy people as well as those who have cardiovascular disease or are at risk of developing it.

In their latest set of recommendations, AHA encouraged the consumption of fish twice a week, reaffirming the health benefits outweighed any possible risks from mercury contamination.

"Since the last advisory on eating fish was issued by the Association in 2002, scientific studies have further established the beneficial effects of eating seafood rich in omega-3 fatty acids, especially when it replaces less healthy foods such as meats that are high in artery-clogging saturated fat," said Eric B. Rimm from the Harvard T.H. Chan School of Public Health.

However, evidence has not been conclusive regarding other benefits of omega-3 fatty acids. This is because the research is often limited due to being observational or using animal subjects.

In a recent study from the University of Nebraska, for instance, omega-3 fats appeared to delay the spread and growth of breast cancer cells in mice. While promising, it is not known whether they could induce a similar effect in human beings.

Effects on mental health also remain unclear though some experts have noted a possible correlation. People with mood disorders might benefit from two acids known as eicosapentaenoic acid and docosahexaenoic acid, researchers say.

"We have studies showing that countries that have healthier diets — with more vegetables and fish — tend to have a lower incidence of depression than western countries," said Dr. Ronald Glick from the University of Pittsburgh Medical Center.

But there are some precautions to consider with the consumption of omega-3s. It is generally better to get them from food sources rather than supplements as many studies have expressed doubt on the efficiency of the latter. Fish oil supplements may help individuals when specifically recommended by their doctors.

The Food and Drug Administration also advises children and pregnant women to avoid eating fish varieties that are most at risk of mercury contamination such as shark, swordfish, king mackerel, etc.