HIGH POINT, N.C.--(BUSINESS WIRE)--Apr. 9, 2018-- vTv Therapeutics, Inc. (vTv) (Nasdaq:VTVT) today announced that results from Part A of the Company’s Phase 3 STEADFAST study of the investigational medication azeliragon in people with mild Alzheimer’s disease did not meet either co-primary efficacy endpoint. Patients taking azeliragon compared with placebo did not improve in cognitive or functional outcomes as measured by the Alzheimer's Disease Assessment Scale-cognitive subscale (ADAS-cog) and the Clinical Dementia Rating Scale Sum of Boxes (CDR-sb). 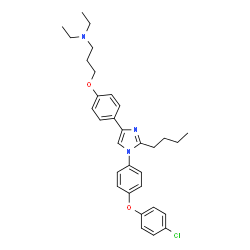 The STEADFAST study is comprised of two independent and identical randomized, double-blind, placebo-controlled Phase 3 trials (Part A and Part B). The azeliragon treated group in Part A had a 4.4 point decline from baseline in ADAS-Cog and a 1.6 point decline from baseline in CDR-sb compared to a placebo decline of 3.3 and 1.6 respectively. These differences were not statistically significant. Azeliragon was generally well-tolerated with a 25% withdrawal rate over 18 months that was similar in both the placebo and treatment arms.

vTv Therapeutics is discontinuing current clinical studies involving azeliragon, including the open-label extension study and Part B of the STEADFAST study. Given the progress to date of STEADFAST Part B, the company expects that a substantial portion of the patients in Part B of STEADFAST will have completed 12 months of treatment under the study protocol. vTv Therapeutics will continue to thoroughly evaluate subset data from Part A and then the dataset from Part B over the coming weeks.

“We will continue to analyze the datasets and trends within subgroups from both Part A and Part B to determine if there are potential benefits or future uses and applications for azeliragon,” said Steve Holcombe, chief executive officer, vTv Therapeutics. “On behalf of vTv Therapeutics, we’d like to extend our most sincere and heartfelt gratitude to study participants, their families, physicians and caregivers for their commitment to this important study.”

The STEADFAST study, two independent and identical randomized, double-blind, placebo-controlled Phase 3 trials (Part A and Part B), was designed to investigate the safety and efficacy of azeliragon as a potential treatment for patients with mild Alzheimer’s disease. The 18-month study targeted enrollment of 800 patients (400 in each trial). The first trial enrolled patients in the United States and Canada who had a clinical diagnosis of mild Alzheimer's disease and an MRI consistent with this diagnosis. Enrollment of the second trial included study sites in the United Kingdom, Ireland, Australia, New Zealand and South Africa.

vTv Therapeutics Inc. is a clinical-stage biopharmaceutical company engaged in the discovery and development of orally administered small molecule drug candidates to fill significant unmet medical needs. vTv Therapeutics has a pipeline of clinical drug candidates for the treatment of Alzheimer’s disease, diabetes, inflammatory disorders and the prevention of muscle weakness.