Indivior's former parent ponies up a whopping $1.4B to settle Suboxone marketing probe

With the feds sniffing around Indivior’s aggressive marketing of its opioid addiction treatment Suboxone, the forecast looked bleak for the drugmaker. The stink was bad enough that Indivior’s former parent company is paying a steep price to clear its name—to the tune of $1.4 billion.

Reckitt Benckiser settled with the Justice Department and Federal Trade Commission for $1.4 billion Thursday to end multiple federal probes into an alleged scheme to push sales of the opioid addiction treatment Suboxone Film. 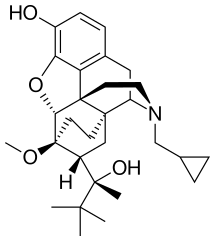 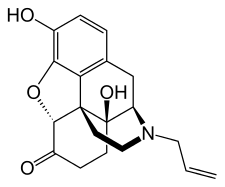 Naloxone, an opioid antagonist that is only active if injectedBuprenorphine/naloxone, sold under the brand name Suboxone

The payout ranks as one of the largest in recent memory for pharma marketing, with only a handful of drugmakers ever having paid billion-dollar settlements. The single largest settlement on record was GlaxoSmithKline's criminal and civil payout of $3 billion in 2012, with the most recent seven-figure check signed by Teva in 2015 for $1.2 billion

Reckitt's settlement only covers allegations dating to the period before Indivior's 2014 spinoff, Indivior said in a statement. Reckitt was not directly named in the feds' criminal investigation, and prosecutors are still investigating Indivior’s own marketing of Suboxone. The company was indicted on criminal charges in April.

“While RB has acted lawfully at all times and expressly denies all allegations that it engaged in any wrongful conduct, after careful consideration, the Board of RB determined that the agreement is in the best interests of the company and its shareholders,” the company said in a statement.

While the settlement could represent a “high-water mark” for a possible payout from Indivior, the Suboxone maker will likely fight its case in court, which could take years, Jefferies analysts said in a note to investors Thursday.

To cover the settlement and related costs, Reckitt set aside more money for legal expenses, taking that line item to $1.5 billion from $400 million, the company said. On the heels of the settlement news, RB’s shares bumped up 2% in pre-market trading Thursday, Reuters said. The stock closed Wednesday at $16.15.

The settlement partly clears the cloud of uncertainty over Indivior. The company sliced its 2019 sales forecast in half in May after the federal indictment and lower-than-expected uptake of its branded Suboxone Film. The company teamed up with Novartis' generics unit Sandoz to roll out an authorized generic earlier this year.

However, Indivior reversed that revised guidance Thursday, announcing Suboxone's “outperformance” in the second quarter. The company said its projected revenue on the year is now forecast between $670 million and $720 million—a 25% increase over the previous forecast—thanks to its success at preserving market share.

“Our financial performance and strong cash position largely reflect the slower-than-expected pace of erosion of (Suboxone) and the sustained leadership position of the authorized generic buprenorphine/naloxone film that is being marketed by Sandoz Inc.,” Indivior said in a statement.

With that new guidance in hand, Indivior’s share price opened 17.7% up in pre-market trading at $3.18 per share. The company’s overall share price is still down more than 80% from the same time last year.

Despite the brief ray of sunshine, Indivior still faces a $3 billion investigation from the feds that could spell disaster for the company’s long-term financial health.

In April, the DOJ filed a suit accusing the company of misleading doctors on the health benefits of its Suboxone film as a treatment for opioid addiction without the appropriate safety data to back up its claims.

The feds directly targeted Indivior’s internet and telephone program for patients to connect with doctors about their opioid dependence, which, according to the government, led to the overprescription of Suboxone in a “careless and clinically unwarranted manner.”