(Reuters) - Karyopharm Therapeutics Inc on Wednesday set a list-price for its blood cancer treatment Xpovio at $22,000 per month, following accelerated approval from the U.S. Food and Drug Administration.

Karyopharm said it expects Xpovio to become commercially available in the United States by July 10. 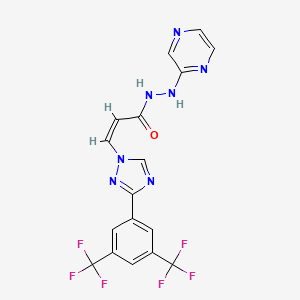 The list price is for all four available dosing packages, a company spokesman told Reuters.

Xpovio was approved in combination with dexamethasone for multiple myeloma patients who have received at least four prior therapies and who failed to respond to certain other treatments, the FDA said.

A late-stage study, currently testing Xpovio in combination with Takeda Pharmaceutical Co Ltd’s Velcade and low-dose dexamethasone, will serve as a confirmatory trial, the company said.

Xpovio’s approval on Wednesday was based on results from a mid-stage study of 122 multiple myeloma patients who had previously received three or more treatment regimens, Karyopharm said.

The drug, chemically known as selinexor, binds to and inhibits a protein called XPO1, leading to the accumulation of cancer-suppressing proteins in the cells.

The FDA was to initially decide on the treatment’s approval in April, but pushed back the date by three months to review additional data submitted by the company.

Multiple myeloma is estimated to cause nearly 13,000 deaths in the United States in 2019, according to the American Cancer Society.

Selinexor is also being tested in other types of cancer including lymphoma and endometrial cancer.

Karyopharm’s shares closed up 36% on Wednesday.