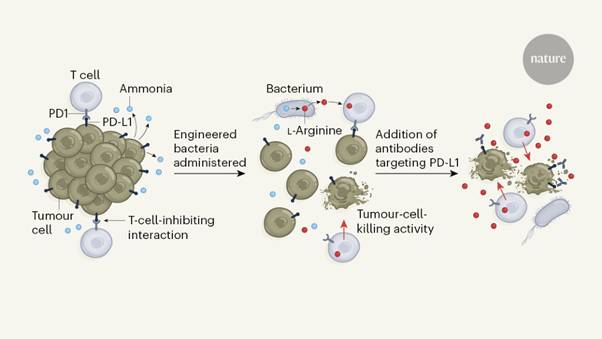 The immune system recognizes and destroys all objects that seem foreign, and therefore potentially dangerous. Including immunity fights cancer cells: they mutate and no longer seem familiar to immune cells. T-cells of the immune system approach cancer cells and trigger apoptosis in them - cell death.

Cancer cells, in turn, are able to defend themselves against immune cells. They use a cheat code, a receptor on T cells that triggers their apoptosis. The fact is that T cells during their development can also mutate and become harmful. Therefore, there is a PD1 (programmed cell death) protein in their membrane. PD1 activation blocks T cell function and triggers apoptosis. Through PD1, immunity kills those T cells that become harmful.

Many cancer cells produce and expose PD-L1, a ligand that binds to PD1 and activates it. As a result, PD-L1 suppresses the work of T cells, making tumor cells are resistant to immunity. Since the end of the 20th century, scientists have been developing immunotherapy - a treatment that is supposed to protect immune cells and stimulate their anti-cancer activity. Antibodies for immunotherapy bind to PD-L1 and prevent it from deactivating T cells. Immunotherapy is already being used in patients whose tumors produce a lot of PD-L1. For them, immunotherapy often works better than chemotherapy. And in all patients, immunotherapy improves treatment success when combined with chemotherapy.

But therapy with antibodies against PD-L1 still often loses to cancer. The fact is that the environment next to a rapidly growing tumor is poor in nutrients. Therefore, T cells are starving and lack energy to function normally. Scientists from Switzerland together with colleagues from Cambridge solved this problem with new development. They talked about their work in an article published in Nature in 2021.

Researchers have created a strain of Escherichia coli that uses ammonia. The fact is that an active metabolism not only depletes all nutrients but also produces a lot of cellular waste, especially a lot of ammonia. Ammonia is useless, and in large quantities, it is even harmful. The bacteria that scientists have developed use ammonia to synthesize L-arginine, the amino acid that T cells feed on. To do this, they removed a gene from bacteria that suppress arginine synthesis. And they replaced the usual gene of an enzyme that synthesizes arginine when there is a lack of it, with a variant of the enzyme that produces arginine even when there is a lot of it.

In experiments, scientists colonized tumors of mice with modified bacteria. The colonization of tumors with bacteria increased the local concentration of L-arginine by 14 times. As a result, twice as many T cells arrived there.

As a result of the experiments, the combination of immunotherapy with the colonization of the tumor with bacteria destroyed tumors in 74% of the experimental animals. Immunotherapy, when administered without bacteria, was 44% effective. In addition, it turned out that thanks to the help of bacteria, a more reliable anti-tumor immune memory was formed.

The new method is interesting because if the tumor lies deep and is inaccessible for the injection of bacteria, then it can be administered systemically. In cases where the tumor volume is more than 0.001 ml, the bacteria will reach the destination. However, they will not populate normal organs.

L-Arginine-producing bacteria are so far the only practical way of delivering amino acid delivery. To achieve the same effect, adding L-arginine to food, you will need about 150 g per person every day - this is an almost unattainable amount. And if you inject L-arginine into a tumor, it will quickly diffuse from there. 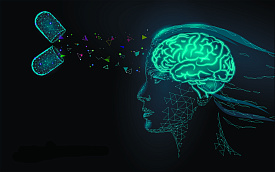 Central nervous system drugs
Due to the nature of the CNS and the blood-brain barrier (BBB), many properties (both chemical and physical) of compounds aimed at CNS targets differ from those of so-called drug-like ...

Epigenetics
Epigenetics is a growing and promising area of drug discovery research. To date, efforts in this direction have led to over 100 clinical candidates and seven FDA-approved drugs [1-2]. The main idea be...