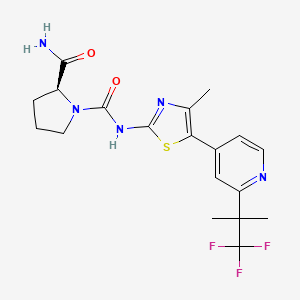 The tablets were approved for use in men and postmenopausal women whose disease progressed after treatment with an endocrine-based regimen. The drug was also approved in combination with a companion diagnostic test, the therascreen PIK3CA RGQ PCR Kit, which detects the PIK3CA mutation in a tissue or liquid biopsy. The recommended dose of Piqray is 300 mg (two 150-mg tablets) once daily, according to the manufacturer’s prescribing information.

Clinicians should monitor patients who are taking Piqray for severe hypersensitivity reactions and should warn patients of potentially severe skin reactions. Piqray is contraindicated in patients with a history of severe skin reactions like Stevens-Johnson syndrome, erythema multiforme, or toxic epidermal necrolysis. Because patients taking Piqray have reported severe hyperglycemia, clinicians should check patients’ fasting glucose and hemoglobin A1c and optimize glycemic control. Severe cases of pneumonitis/interstitial lung disease and diarrhea have also been reported with Piqray; clinicians are advised to monitor patients for these conditions during treatment.

Coronavirus (COVID-19) Update: FDA Authorizes First Antigen Test to Help in the Rapid Detection of the Virus that Causes COVID-19 in Patients