CAMBRIDGE, Mass.–(BUSINESS WIRE) — Patients with relapsing multiple sclerosis who switched to Sanofi Genzyme’s Aubagio® (teriflunomide) from interferon therapy experienced improvements in treatment satisfaction, according to investigational data from two clinical studies. These results will be presented this week during the 70th annual meeting of the American Academy of Neurology (AAN) in Los Angeles, CA. 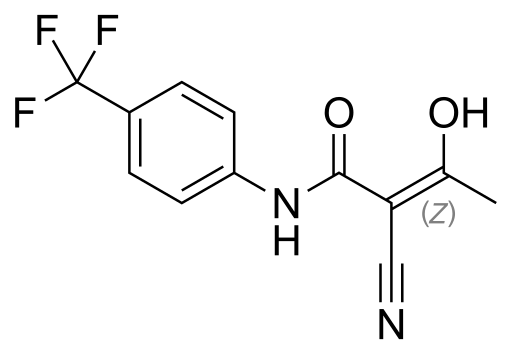 The Phase 4 Teri-PRO study and the Phase 3 TENERE extension study evaluated patient-reported treatment satisfaction as measured by the Treatment Satisfaction Questionnaire for Medication (TSQM). The TSQM includes 14 questions intended to assess patients’ satisfaction with their medication across four domains: global satisfaction, effectiveness, side effects, and convenience.

In the Teri-PRO study, 285 patients switched from either interferon beta-1a or interferon beta-1b to Aubagio 14 mg. These patients reported statistically significant improvements from the start of the study to week 48 across all four TSQM domains (p=0.0001 for effectiveness, p<0.0001 for global satisfaction, side effects and convenience).

In the TENERE extension study, 59 patients switched from interferon beta-1a to Aubagio 14 mg. These patients reported statistically significant improvements in the side effects and convenience domains of the TSQM from the start of the extension through week 48 (both p<0.0001), and these improvements were maintained through week 96 (p=0.0018 and p=0.0028, respectively). Global satisfaction improved significantly from baseline to week 96 (p=0.0341).

While the two patient populations were disparate with respect to demographics and disease characteristics, the overall increases in treatment satisfaction after switching to Aubagio 14 mg were similar in both studies.

“The Teri-PRO data and the TENERE extension data being presented at AAN demonstrate that patients who switched to Aubagio from interferon therapy experienced improvements in treatment satisfaction, an important patient-centered outcome, in two clinical studies,” said Patricia K. Coyle, M.D., Director of the MS Comprehensive Care Center at Stony Brook, New York. “In addition, it is encouraging that similar overall increases in treatment satisfaction were observed in both studies, despite the two patient populations being quite different, particularly in terms of age and disease duration.”

Aubagio is approved in more than 70 countries, with additional marketing applications under review by regulatory authorities globally. Aubagio is supported by one of the largest clinical programs of any MS therapy, with more than 5,000 trial participants in 36 countries.

More than 85,000 patients are currently being treated with Aubagio commercially worldwide.

Sanofi is dedicated to supporting people through their health challenges. We are a global biopharmaceutical company focused on human health. We prevent illness with vaccines, provide innovative treatments to fight pain and ease suffering. We stand by the few who suffer from rare diseases and the millions with long-term chronic conditions.

With more than 100,000 people in 100 countries, Sanofi is transforming scientific innovation into healthcare solutions around the globe.

Sanofi Genzyme focuses on developing specialty treatments for debilitating diseases that are often difficult to diagnose and treat, providing hope to patients and their families.