Despite being late to market, the collaborators hope a new indication could help boost its prospects.

It may be way back in the race for market share, but Sanofi and Regeneron touted new topline data for their midstage checkpoint inhibitor in a certain form of skin cancer this morning. 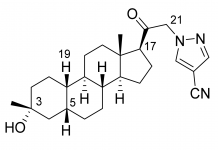 Full details are yet to be revealed, but the pair’s PD-1 therapy showed an overall response rate (ORR) of 46.3%, although median duration of response (DOR) “had not yet been reached at the data cut-off point,” the companies said in a statement, and that 32 of 38 responses are ongoing. The test, known as EMPOWER-CSCC 1, was single arm.

The FDA breakthrough-tagged cemiplimab is currently on a rolling submission status in the U.S., which should be finished up in early 2018, using these data. EMA submission is also on course within the same period.

“EMPOWER-CSCC 1 was initiated in 2016 and has enrolled rapidly, underscoring the serious unmet need in advanced CSCC,” said Elias Zerhouni, M.D., president of global R&D at Sanofi.

“We look forward to working with regulatory agencies globally to bring this important therapy to advanced CSCC patients as quickly as possible. We continue to rapidly advance a broad development program to evaluate cemiplimab both as monotherapy and combination across a number of solid tumor and blood cancers.”

The two are way behind companies such as Bristol-Myers, Merck, Roche, Pfizer/Merck KGaA and AstraZeneca, which have been ramping up the approvals for their checkpoint inhibitors over the past three years as they vie for market share across a range of tumors.

That said, there is an emerging school of thought that distinguishes between PD-1 and PD-L1 drugs rather than lumping them together as a group, thanks to some divergence in activity in clinical trials which suggest there is still plenty to play for and—just possibly—that PD-1 is a better target than PD-L1, at least for some cancers.

If that is the case, Sanofi and Regeneron could enter a more fragmented market with greater opportunity to make its mark versus its PD-1 rivals.

None of the current crop of PD-1/PD-L1 drugs have been approved to treat CSCC, which is estimated to kill somewhere between 4,000 and 8,000 people in the U.S. each year. For patients diagnosed with advanced CSCC, there are limited treatment options and no standard of care.

This comes after a tough few weeks for some products out of Sanofi’s R&D engine, which has been under question and is among the questions the French Big Pharma is hoping to answer today while revealing its research strategy.

In its plans, outlined this morning, Sanofi says it has nine regulatory submissions on the books over the next 18 months (including cemiplimab), with “at least 10 pivotal phase 3 studies expected to begin over next 12 months”.

Oncology is in fact experiencing a renaissance at the company, as just two years ago Sanofi appeared to be pulling away from the area, but has performed an about-face to come steaming back.

In its R&D update today, the pharma said: “Sanofi is committed to re-building its position in oncology and has made major progress in the past two years. This strategy is starting to deliver and we anticipate 14 new proof-of-concept studies to be initiated, four potential proof-of-concept readouts, six phase 1 starts and three BLA/ MAA submissions in 2018.”

But back in August the company also announced that it and Regeneron were to end their antibody R&D pact by year’s end.

This involves cancer drug REGN2810, REGN3500 (an anti-IL-33) and REGN3767 (an anti-LAG-3). Although these will continue to be developed with Sanofi under the immuno-oncology collaboration, when the antibody pact is stopped by year’s end, Regeneron says it has “the right to develop or continue to develop other product candidates discovered under this agreement independently or with other collaborators.” Cemiplimab is, however, still on the books for the pair.