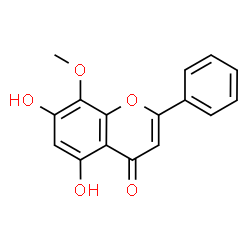 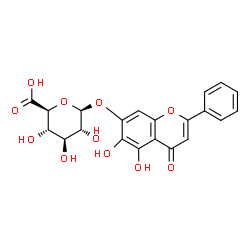 Compounds in a plant commonly used in traditional Chinese medicine may help treat cancer and liver disease, according to a new study.

Researchers from the John Innes Center in the United Kingdom found that the Chinese skullcap or Scutellaria baicalensis (called Huang Qin in Chinese medicine), which has traditionally been used to treat fever as well as liver and lung conditions, contains certain compounds that can effectively combat cancer.

Past research revealed that the Chinese skullcap contained certain compounds in the root called flavones that have antiviral and antioxidant effects. Studies on cells cultured in the lab also found that the compounds killed human cancers, but didn’t harm healthy cells. Animal model studies also revealed that the flavones found in the roots of Chinese skullcap plants stopped the development of tumors. Researchers said findings from these studies show that the plant may provide insight into finding new treatments – or possibly even cures for – for cancer.

Researchers noted that the flavones found in the Chinese skullcap differs from the ones found in Huang Qin roots, such as wogonin and baicalin, as they are missing an OH (hydroxyl) group in their chemical structure.

“Many flavones are synthesized using a compound called naringenin as a building block. But naringenin has this -OH group attached to it, and there is no known enzyme that will remove it to produce the flavones we find in Huang Qin roots,” said Cathie Martin, a professor at the United Kingdom’s John Innes Center, who led the study.

Further analysis revealed that Huang Qin’s root-specific flavones (RSFs) were made through an unique biochemical pathway that involved new enzymes and a building block called chrysin.

“We believe that this biosynthetic pathway has evolved relatively recently in Scutellaria roots, diverging from the classical pathway that produces flavones in leaves and flowers, specifically to produce chrysin and its derived flavones,” said Martin. “Understanding the pathway should help us to produce these special flavones in large quantities, which will enable further research into their potential medicinal uses. It is wonderful to have collaborated with Chinese scientists on these traditional medicinal plants. Interest in traditional remedies has increased dramatically in China since Tu Youyou was awarded the Nobel Prize for Medicine in 2015 for her work on artemisinin. It’s exciting to consider that the plants which have been used as traditional Chinese remedies for thousands of years may lead to effective modern medicines.”

The study was published in the journal Science Advances