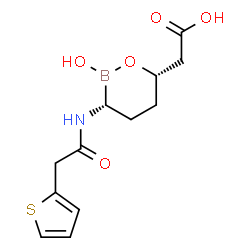 VABOMERE addresses gram-negative bacteria that produce beta-lactamase enzymes that have spread in the United States and Europe, particularly the Klebsiella pneumoniae carbapenemase (KPC) enzyme. KPC-producing bacteria are responsible for a large majority of all carbapenem-resistant Enterobacteriaceae in the United States and are classified by the U.S. Centers for Disease Control (CDC) to be an urgent antimicrobial resistance threat. VABOMERE was granted priority review and approval as a Qualified Infectious Disease Product (QIDP) in accordance with the Generating Antibiotics Incentives Now (GAIN) Act, which made VABOMERE eligible for the FDA’s fast-track program, and approval now secures a five-year regulatory extension of exclusivity under the Hatch-Waxman Act, which means that patent coverage and exclusivity in the United States are expected to extend into 2031. VABOMERE was developed by The Medicines Company’s Infectious Disease Business and is a key addition to its leading portfolio of infectious disease products that provide broad treatment coverage for many of the highest-priority, drug-resistant pathogens identified by the CDC and the World Health Organization (WHO). 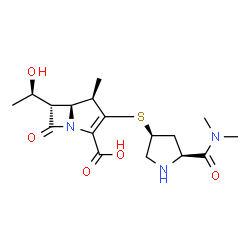 “We are grateful to the FDA for working with us to advance the development and approval of VABOMERE for cUTI on an accelerated basis to make this important treatment available to physicians and patients, who carry significant risks of death and mortality, at the soonest possible time,” said Clive Meanwell, M.D., Ph.D., Chief Executive Officer of The Medicines Company. “VABOMERE represents a significant new advancement in addressing KPC-producing Enterobacteriaceae, for which there are currently limited treatment options. We look forward to a successful U.S. launch of VABOMERE, leveraging our established, fully dedicated commercial infrastructure, and to expanding VABOMERE into other global markets.”

Cornelius Clancy M.D., Associate Professor in the Division of Infectious Diseases at University of Pittsburgh and Chief of Infectious Diseases at the VA Pittsburgh Health System commented, “Carbapenem antibiotics have been the preferred drugs for treating serious infections, such as cUTI, due to Enterobacteriaceae-producing, extended-spectrum beta-lactamases. With the dissemination of the KPC enzyme, new drugs that address this resistance mechanism to carbapenems are a welcome addition to our armamentarium.”

The FDA approval of VABOMERE was supported by TANGO-1, a Phase III, multi-center, randomized, double-blind, double-dummy study to evaluate the efficacy, safety and tolerability of VABOMERE compared to piperacillin-tazobactam in the treatment of cUTI, including acute pyelonephritis, in adults. The trial enrolled 550 adult patients who were randomized 1:1 to receive VABOMERE (meropenem 2g - vaborbactam 2g) as a three-hour IV infusion every eight hours, or piperacillin 4g - tazobactam 500mg as a 30-minute IV infusion every eight hours, each for up to 10 days.

The primary assessment was performed in the microbiologic modified intent-to-treat (mMITT) patient population, and was defined as overall success of clinical outcome (cure or improvement) and microbiologic outcome of eradication (baseline bacterial pathogen reduced to < 104 CFU/ml). Overall success was observed in 183/186 patients (98.4%) in the meropenem-vaborbactam group and in 165/175 patients (94.3%) in the piperacillin-tazobactam group – a difference of 4.1% (95% CI: 0.3% to 8.8%). The most common adverse events for VABOMERE included headache, infusion site reactions and diarrhea.

Michael Dudley, PharmD, FIDSA, Senior Vice President, Head of R&D and Co-Leader for The Medicines Company’s Infectious Disease Business, noted, “We are grateful for the support of patients, families, and investigators that contributed to the rapid development of VABOMERE as it progressed from discovery in our laboratories to availability for patients in under eight years. This unprecedented speed has, in no small way, been due to our outstanding collaboration with, and support received from, the Biomedical Advanced Research and Development Authority (BARDA).”

Data from the TANGO clinical program, including data from TANGO-2, a multi-center, randomized, open-label clinical trial of VABOMERE versus “best available therapy” in subjects with known or suspected carbapenem-resistant Enterobacteriaceae (CRE), will be presented at IDWeek 2017, to be held October 4-8, 2017 in San Diego. Last month, the Company announced cessation of enrollment in TANGO-2 following a recommendation by the independent Data and Safety Monitoring Board, which concluded that a risk-benefit analysis of available data no longer supported randomization of additional patients to the “best available therapy” comparator arm.

We expect that VABOMERE will be available in the fourth quarter of 2017. The FDA approval of VABOMERE triggered a $40 million milestone payment obligation to the former securityholders of Rempex Pharmaceuticals, Inc., which we acquired in December 2013.

VABOMERE™ (meropenem and vaborbactam) is indicated for the treatment of patients 18 years of age and older with complicated urinary tract infections (cUTI) including pyelonephritis caused by the following susceptible microorganisms: Escherichia coli, Klebsiella pneumoniae, and Enterobacter cloacae species complex.

To reduce the development of drug-resistant bacteria and maintain the effectiveness of VABOMERE and other antibacterial drugs, VABOMERE should be used only to treat or prevent infections that are proven or strongly suspected to be caused by susceptible bacteria.